MammoWave, our X-rays free mammogram, uses safe radiofrequency signal in the microwave band to obtain an image of the breast. Microwaves are electromagnetic non-ionizing signals, such as the ones commonly used in mobile communications, thus they are X-Rays free. MammoWave allows: - to illuminate the breast using electromagnetic fields in the microwave band; - to measure the correspondent scattered electromagnetic fields; - to process the measured field through a dedicated algorithm, obtaining the image of the breast and highlighting tissues inhomogeneities. Microwave imaging exploits the contrast in the dielectric properties (permittivity and conductivity) at microwave frequencies of normal and malignant tissues of the breast. The MammoWave software is based on a novel, fast, and accurate imaging algorithm, based on the Huygens Principle. MammoWave examination requires no breast compression and no matching liquid. The breast screening with MammoWave is performed with the patient lying in a comfortable facing down position. MammoWave is safe to be used at any age and in any condition (pregnancy, specific illness, etc.), and for unlimited number of times; this can lead to a widespread breast screening, enhancing cancer early detection. MammoWave has been patented in 2012. The patent, n. WO 2014045181: “Apparatus for testing the integrity of mammary tissues”, has been granted in Italy, EU, China, and USA. 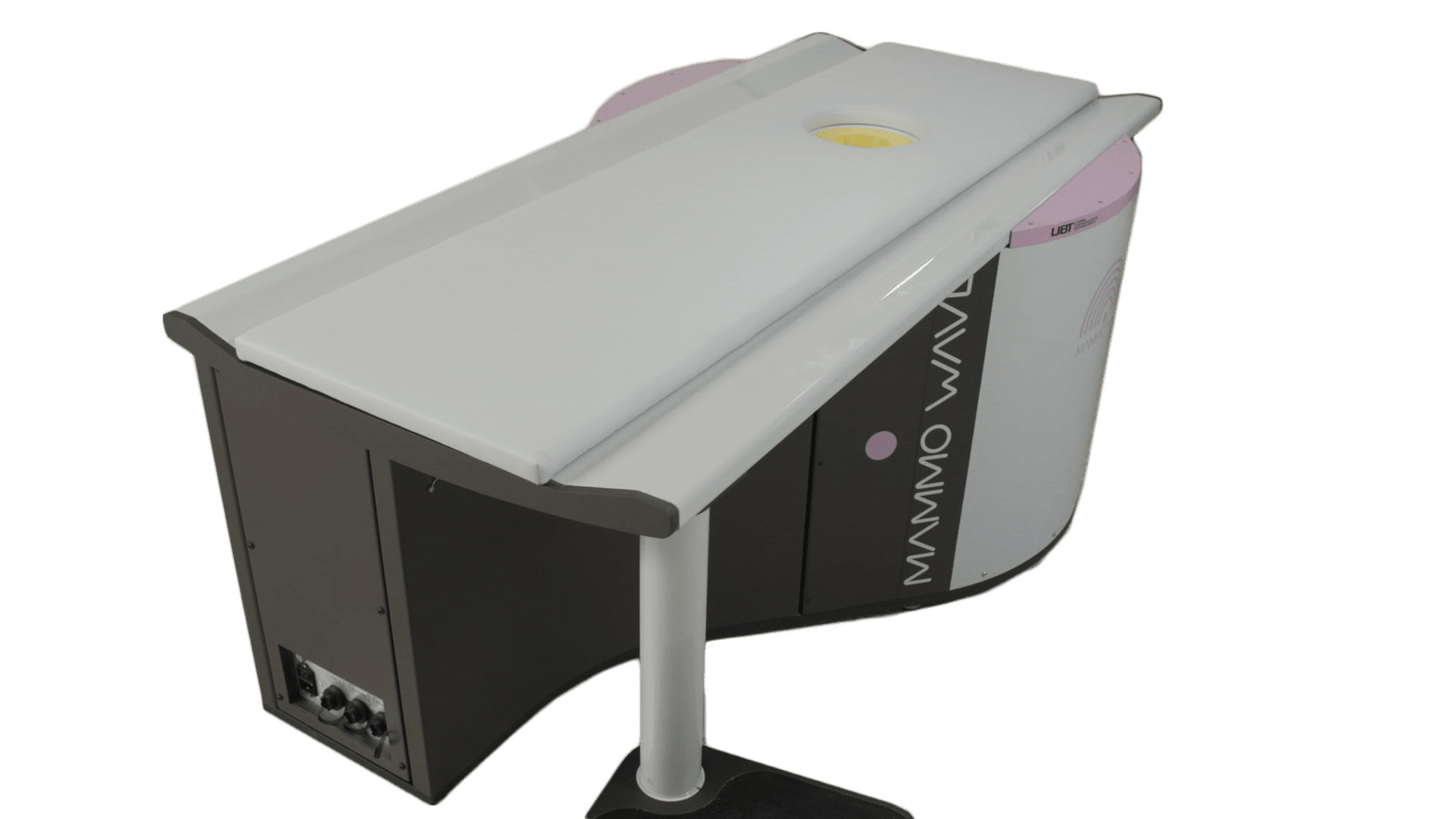